The hundred and fifty years between 1750 and 1900 were a period of incredible advancement; travel was revolutionised by the railways; the printing presses were able to distribute copies of everything cheaply, especially for music, from daily news to novels and piano scores; machinery changed the way we produced goods. Music was no different, and the composers developed existing forms of composition – sonata form, for example – to be almost unrecognisable from how they had been when Bach passed away.

However, the pianoforte, while developing steadily through the first two-thirds of this period, then seemed to hit the buffers. Once the iron-framed concert grand piano with its double escapement action became the norm, and the composers started writing for the larger, more powerful sound it could produce to adequately fill the ever-larger concert halls, the technical development ground to a halt. So what happened in the century and a half before that? Was it the composers driving the change with their demands for more powerful, tonally responsive instruments, or was it the piano builders simply producing more advanced and solid pieces in line with the technical advances learned from elsewhere? 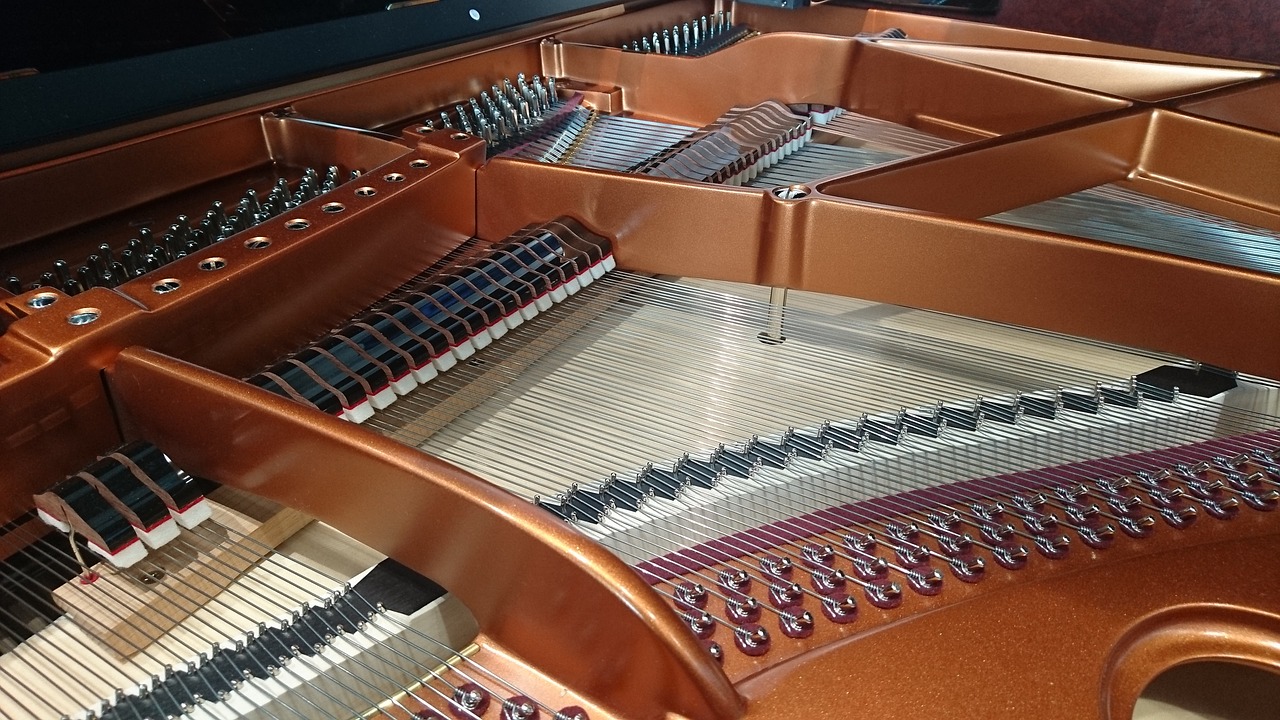 The answer is a mixture of the two. The development of the pianoforte from 1750 to 1800 was slow, and there were many dead-ends. Handel first performed on a piano in 1740 and was closely followed by J S Bach in 1747. The first real pianoforte came from the builder Cristofori in 1709, and there were many treatises and patents submitted for the new instrument over the next few decades. The main difference with these early instruments over the harpsichord was that they allowed for more variation of tone by increased pressure on the key from the player, and hence the composer was given greater scope for ideas.

By the time Mozart was writing for the pianoforte, the harpsichord was still around, but no one was writing for it. Mozart’s pianoforte (made by Anton Walter), used until his death in 1791, was one following the Viennese tradition of a lightly toned piano with two fewer octaves than the modern piano and a device between the player’s knees to dampen the sound. The delicate sound of these pianos meant that the music written for them by the likes of Mozart made full use of the low pressure and key depth they required and the delicate sound of the bass register.

In England, John Broadwood was developing an instrument with a far bigger, more robust frame and heavier tone. Although Ludwig van Beethoven never went to England, his music did. Broadwood was convinced that Beethoven would favour his piano and, eventually, in 1817, he sent him one. On receiving the piano, Beethoven wrote a letter of thanks and expressed a desire to dedicate the first piece of music composed after it reception to the donor, ‘convinced it would inspire something good’. He was, however, totally deaf at the time.

Beethoven had been given an Erard piano in 1803 – at a time when he was beginning to go deaf and so changing his approach to composition. Apparently, the Erard was just what he wanted – a larger keyboard with a sturdier action than the Viennese types. However, only a couple of years later he was complaining about it saying that the English action was ‘incurably heavy’.

Earlier in his career, it is thought that Beethoven insisted on changes to his Streicher piano and that it was he that developed the changes. The truth is that he probably just complained a lot – the builder was a friend of his – Andreas Streicher was innately conservative who resisted innovation if he thought it threatened the quality of their work, so any changes were his and not his troublesome friends. In a 1796 letter to Streicher, he wrote; ‘…yesterday I received your fortepiano which turned out to be excellent. Everyone else is anxious to own one and I – you can laugh alright, I would be lying if I were not to tell you that it is too good for me, and why? – because it takes away my freedom to create the tone for myself.’

By the time of Beethoven’s death, it was thought that piano technique didn’t have much further to go. But this was now the age of the performer; enter Franz Liszt. His arrival in Paris as a young prodigy meant that he became a target for the Erard company that sought him out and paid him to use their pianos – his father signed a contract to that effect with Erard promising to provide a piano where ever the young man played. 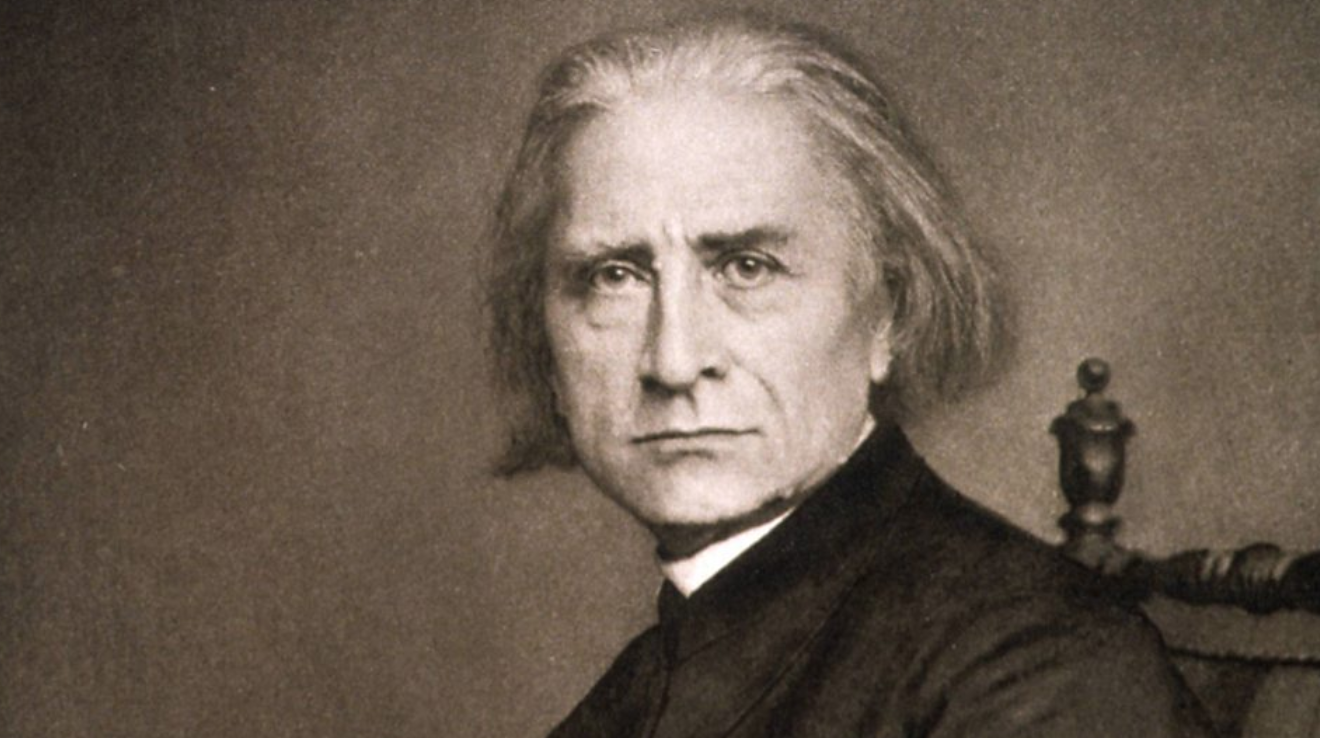 Both Liszt and, for a brief time, Frederic Chopin, took piano virtuosity to new heights and took the pianos available to the next level. Chopin, however, was happier with the softer toned instruments which he was able to exploit with his sensitive writing and salon performances. Liszt played to bigger and bigger crowds and played with such expertise and skill that he began to reach the limits of the instrument. The two composers did once play a duet together at the Salle Pleyel – which should have been interesting – Chopin’s style insisted that the player could reach the extremities of the piano without moving his elbows or bending his body while Liszt usually appeared to be climbing all over the piano.

Erard, Pleyel and Broadwood – the three most famous builders in mid-19th century Europe. All three vied for the favour of the famous poet of the piano, Chopin. He played them all, but the French Pleyel was always his first choice – why? At the time someone said, ‘ a special, satisfying sound quality, the upper register bright and silvery, the middle penetrating and intense, the bass clear and vigorous’. Camille Pleyel was also a friend of Chopin’s and his publisher in France – he was also a pallbearer at his funeral. Chopin once said ‘Pleyel pianos are the last word in perfection’.

In 1823 Erard, after much tinkering arrived a the grand piano action that is the predecessor to those used in today’s pianos – the repetition lever in the ‘double escapement’ action. This little invention (English patent no. 4,631 1821) allowed notes to be repeated far more easily and quickly than in previous ‘single escapement’ mechanisms.

Erard was also the first builder to fit pedals – and more than we’re used to now; the sustaining pedal, an action shift, a celeste, and a bassoon pedal (which put leather against the strings to make them buzz).

From then on, the developments (some of which were Erard’s) came mainly in the form of size and rigidity. These culminated with the iron-framed overstrung Steinway grand piano presented at the 1867 Paris exhibition. Over a century later, Steinways was still using a letter from Liszt in the 1880’s praising their pianos. By this time, 1865, Tchaikovsky, Greig and Rachmaninov were teeing up Piano Concertos that were to require huge concert grand pianos big enough to play with large symphony orchestras. In this instance, you could almost certainly say that the builders had created an instrument powerful enough to fulfil the works they had yet to write.

Today, the modern concert grand pianos are undoubtedly better machined with more reliable actions and more rounded tones. But, like the humble bicycle, very little has changed since 1865.