As a lead maker of virtual keyboards Synthogy offers a variety of different options for creating the sound that you need for your recordings.

With the Ivory II Studio Grands package you get the power of two different grand pianos in one. Virtual keyboards for the Steinway B Grand and the Connecticut and Bosendorfer 225 grand are both included. 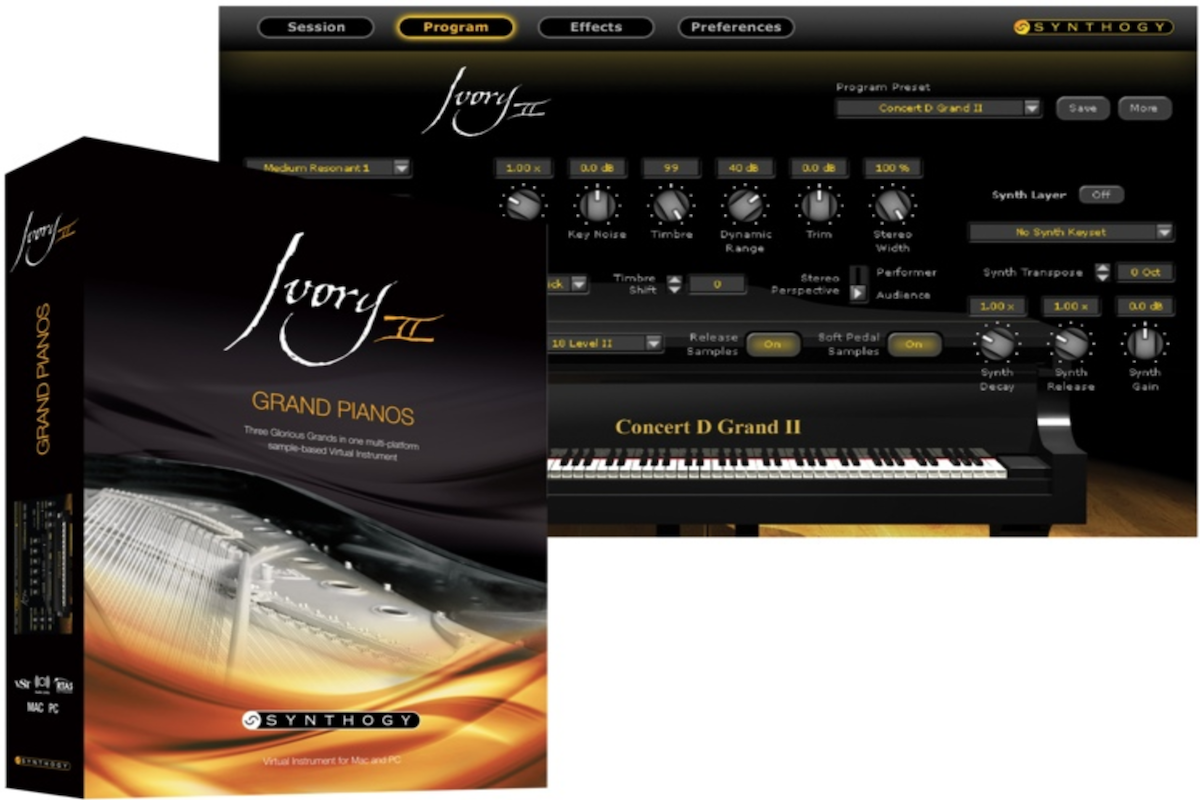 The library used to construct these keyboards is 112 GB. That is a substantial amount of data that reflects in the sound. You can hear every detail whether it is a slight press of the keys or the mechanical noise, it will be there.

Steinway’s Model B is one of the most requested Synthogy keyboards. The company boasts that it is the perfect piano and each one is created with years of craftsmanship behind it. Recordings for this package were taken at the Power Station NE.

Bosendorfer’s 225 Grand is known for its resonant tone and clarity that comes from being longer than most pianos at seven feet four inches.

Multiple Grammy winners and nominees have used this instrument to produce their music, so a digital recreation of it is only logical. For the 225, the recordings were made at the Firehouse Recording Studios in Pasadena, California.