Bosendorfer had a passion for piano design and production that led him to starting his own company in 1828. His company became so successful and well-known in just two years that it became the official piano maker for the Emperor of Austria. A title that helped push Bosendorfer even further into the spotlight of piano manufacturers.

Jasper Corporation and later Kimball Pianos operated Bosendorfer for a while after it left the Bosendorfer family. Then it became a subsidiary of Yamaha pianos where it has remained since 2008. Despite being a subsidiary, the brand maintains a noticeable separation from the rest of Yamaha’s pianos.

One of the major things about Bosendorfer was that he helped creating pianos with more keys than standard. He created the Imperial Grand piano which has 97 keys. These additional keys helped to add a whole new level of sound to pianos.

If you were to visit the Bosendorfer website, you would be hard pressed to find any sign that it was owned by Yamaha. The only sign we were able to find was the Yamaha email address for the service department.

One Bosendorfer piano takes 587 hours of craftsmanship in order to build. That takes in not just the musical side but the wonderful appearance of each piano.

Bosendorfer builds both uprights and grands pianos for people who like well crafted masterpieces. Each one has the same great care put into the crafting.

There is only one model of upright grand produced by Bosendorfer currently, that is the Grand Upright 130. It is an upright that manages to capture many of the features and most of the sound of a traditional grand piano. The construction incorporated the grand piano craftsmen from Bosendorfer, not just the upright craftsmen, to help come up with a perfect mix.

For grand pianos, Bosendorfer has nine different options. It all starts with the Grand Piano 155 and goes all the way up to the Concert Grand 290 Imperial. The current imperial model of piano offered by Bosendorfer is based on the original, made many years before. Each grand though is built with care and love that you would expect from a company with such a rich history.

Before deciding which Bosendorfer piano to buy, make sure that you take a look at our various piano descriptions so that you can get a feel for each model.

Bosendorfer has been manufacturing pianos for years and their name has been connected with some of the finest pianos from teaching pianos to grand pianos.Just because the Grand Piano 155 was designed in 2012 doesn’t mean that it doesn’t mean the company’s fine standards. In fact, it carries on that standard quite well. 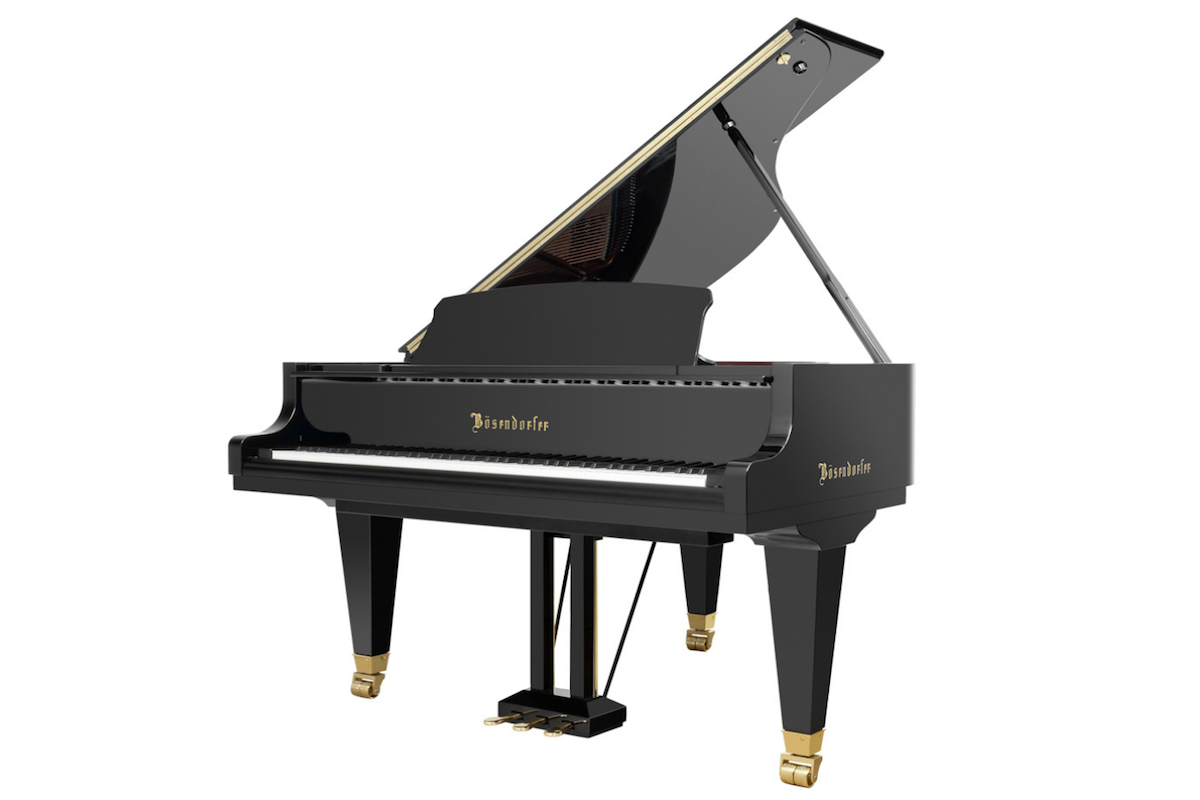 While only being 5 feet 1 inch, it comes close to matching the sound of some of the larger models they make. That is because they worked hard to ensure that it has the same characteristics just on a smaller scale.Piano masters have already used this masterfully crafted piano to give wonderful performances. To help aid in this, only the finest crafting methods were used. Bosendorfer only produces 300 pianos a year but that is a good thing for buyers. With a limited run, each piano receives extra attention.It also allows each piano to receive a custom finish and design. From engraving to veneers, anything is possible. The piano is also available in silent edition so that you can practice at night without disturbing others.

Bosendorfer is a piano company that started the imperial concert grand. They created the first prototype of a piano that had 8 full octaves of tonal range.This was required in order to play certain music properly on a concert grand. Now, many years later, the Bosendorfer line has continued its tradition of creating imposing and powerful pianos. 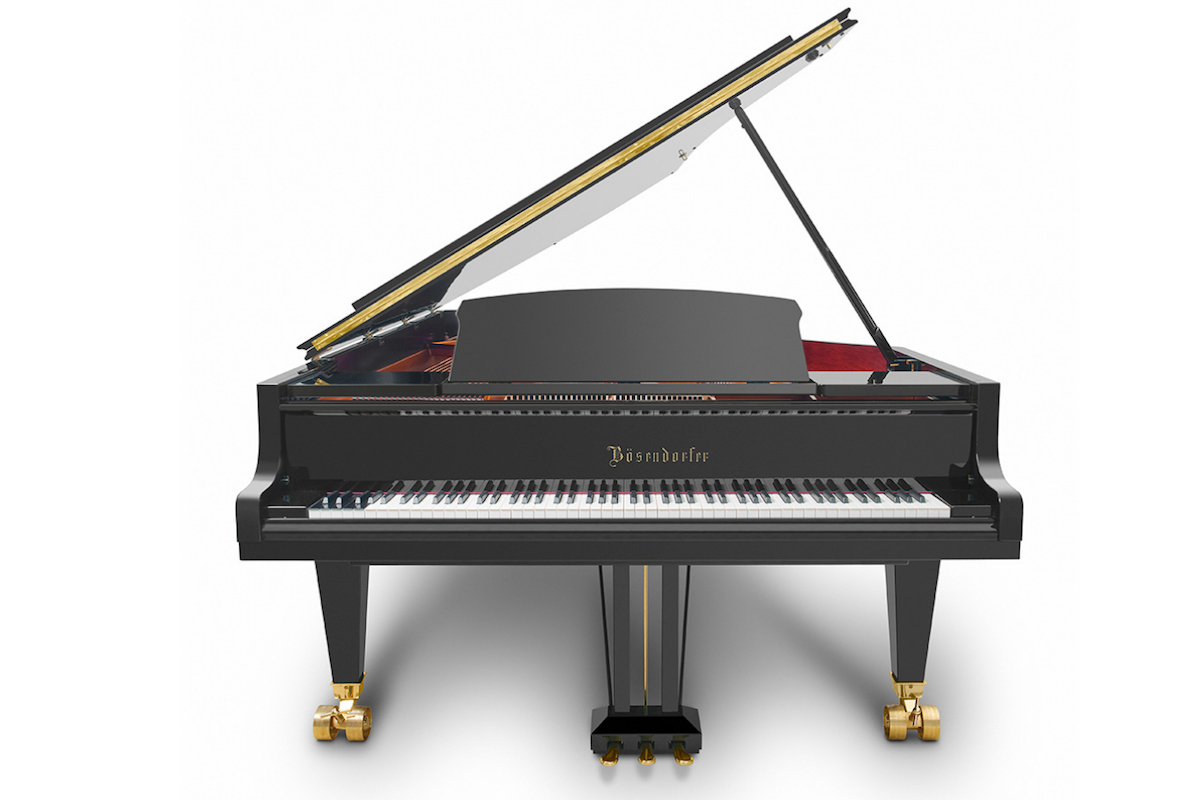 The Concert Grand 290 Imperial is descended from that original Imperial Concert Grand that Bosendorfer built in the early 1900’s. It utilizes a specially designed resonant case to help carry the sound around any concert hall.The bass strings that are unique to the Bosendorfer lines help to give the Grand 290 a sound that is just as impressive as its appearance.In the eye of most musicians a Bosendorfer piano is a lifetime investment. Their pianos are handcrafted in Austria and the care that is put into them helps to prevent manufacturer defects or quality problems.Bosendorfer is a limited production company. They only handcraft around 300 instruments a year. While this means that you have to act quickly to get a new Bosendorfer piano, it also means that they come with the ability to customize them.

You can choose from a huge selection of veneers or colors. You can also have your emblem placed on the piano.

The Bosendorfer Grand Upright 120 is a portrait of elegance in craftsmanship and elite precision engineering. This upright acoustic piano will fit virtually any room, filling any space with rich and voluminous tones.One of the most impressive innovations featured on the Bosendorfer Grand Upright 120 is the longer key design, which creates an even more optimal sense of touch in the key action. 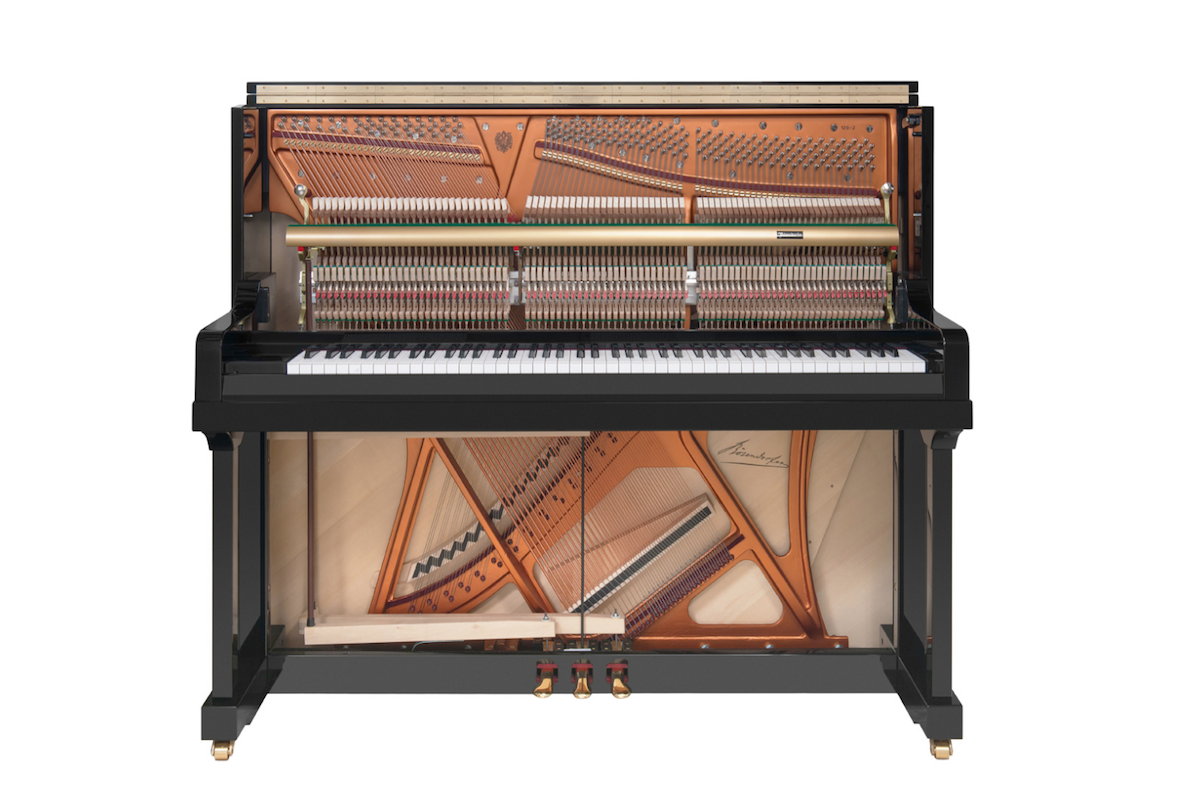 This Grand Upright 120 from Bosendorfer can be outfitted with two sound slots as part of the Bosendorfer Sound Release System, and this feature can further improve the piano’s overall performance and sound.With a total weight of 262kg and an 88-key design, this Grand Upright is a perfect example of high-end Austrian piano craftsmanship.Individually strung and finished, this upright piano has a hand-made touch that is simply not found in some of the more common assembly line upright pianos.The Bosendorfer Grand Upright 120 is a fantastic instrument for the seasoned professional, or even the beginner who want to start out with the best.

Bosendorfer Grand Upright 130 is a premium upright piano. Its action is set up with great precision by hand to make sure you enjoy perfect responsiveness of touch and great playability.It is endowed with a powerful and rich tone that is articulate, resonant, commanding, and also offers the warm, dark sound that Bosendorfer is known for. 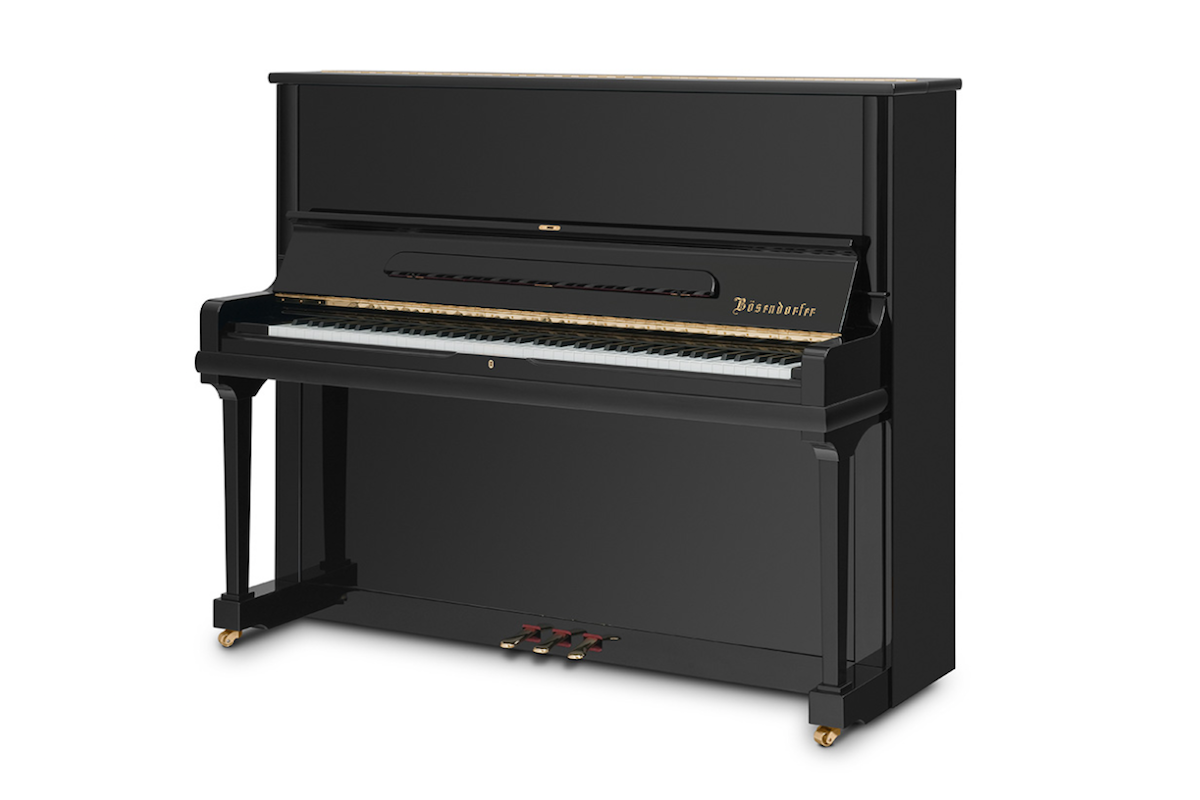 The piano has been handcrafted using the piano grade materials by the Bosendorfer artisans. It has a height of 130cm, width 156cm, depth 65cm, and weight 314kg.Bosendorfer 130 has a big cabinet and right from the time you play a chord you will be able to feel the resonant, immersive sound, and also the deep bass growl and rich trebles.The tone can also be very delicate and soft when desired. This action is very responsive and allows rapid pianissimo and repeated notes whenever required. Bosendorfer Upright 130 ensures every pianist a very enjoyable playing experience.