Roland is a company that manufactures an array of musical instruments with pianos being quite notable from them. The company is based out of Hamamatsu in Japan. While they are not under their original management, the company has managed to retain the quality that they have been known for for years.

Officially Roland Corporation was founded in 1972 by Ikutaro Kakehashi. The company existed in a few forms before the official founding date. First as Ace Electronic Industries and also as a contractor for a couple of major instrument companies. 1972 saw the need for the company to become something more though. It had a substantial reputation and a substantial amount of sway in the industry.

Since the founding of the company, Roland has won multiple awards for its craftsmanship and quality. A good example of this, is the V-Piano Grand Piano by Roland which mixes a traditional grand with a digital piano. Not only is it widely chosen by musicians, it has won multiple international awards since 2009.

Roland creates a number of pianos and separates them into a number of categories: grand pianos, premium upright pianos, upright pianos, stage pianos, and education/practice pianos. Each category is more aimed for a specific classification of piano and you won’t see the same filtering on every piano website.

One thing that Roland Corporation has focused heavily on recently is the blend of technology and classic appearance. Many of the traditional looking pianos, such as the Roland grand pianos are actually digital pianos with the same great voice as a traditional Roland piano. The buttons, display screen, and other controls on all of the traditional models has been hid as much as possible to help continue the appearance of the pianos.

Now that you have had a moment to learn about Roland Corporation, are you interested in looking at their pianos? Roland’s pianos are very well-known, but you probably don’t know too much about specific models. Take a moment to read through our product descriptions that will help you to gauge which Roland piano is right for you. 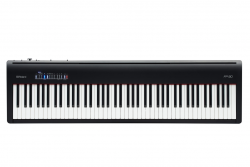 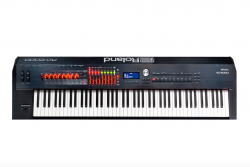